They got married in Co Clare and held their wedding reception in Hotel Doolin in the West of Ireland this winter. First looks are without a doubt, one of my favourite parts of a wedding day.

Stunning. wild, rugged and breath-taking scenery – the Hag’s Head , Cliffs of Moher in Ireland is the ideal location for a romantic and intimate First Look.

” Such an amazing day, we took a gamble having the big day in early January but it certainly paid off.  The whole day went without a blip, everything was exactly how we wanted it and our guests seemed to have enjoyed it as much as we did.

Our first look photos at the Cliffs of Moher with Mrs. Redhead were unreal although it was a little chilly to be up there, especially in suits and dresses but it allowed us to mingle with our guests after the ceremony too. I highly recommend it unless your a staunch traditional couple.

Giving the ring bearer duties to our dog Bodie, he stole the show before the bride arrived obviously.

Hearing my sister and the band play ‘At Last” by Etta James and ‘Cosmic Love’ by Florence and the Machine and also having ‘Liscannor Bay’ written by Micko Flynn as the song for our first dance.

Bringing both hearing and Deaf cultures together made it a unique experience for everyone.

The sparkles photo late in the evening (suggested by our photographer MrsRedhead ) were unreal and made the whole day a magical one.

For our big day we wanted to capture those special moments without the stress but with a little professional guidance. So we chose MrsRedhead Photography to do this and without doubt it was the best decision we ever made (besides getting married of course). On the day we were treated with the upmost professionalism from both Olga (Mrs. Redhead) and her assistant Alex, who went above and beyond the call of duty to make sure every single moment was captured.

We knew that getting married in January was going to be risky, especially when you consider the changeable weather we get here in Ireland. However, with Mrs. Redhead’s vast experience, our minds were put at ease as she suggested a number of options if the weather didn’t go our way. Luckily, it did and we managed to get the photos that we so desired. We decided to do ‘The First Look’ prior to the ceremony as we were advised by Mrs.Redhead that daylight hours would go against us, it gets dark around 4pm in winter time on the west coast of Ireland. This worked out perfectly, even though it was a little cold at our chosen spot on the Cliffs of Moher but it was so worth it! The photos were outstanding with many destined for the frame, our only problem now is which ones to chose? I just wish we had more than mantlepiece!

During the earlier hours of the day, we were each provided with a photographer as we were in separate locations. Naturally the bride was provided with Mrs. Redhead herself who was like a fly on the wall, capturing every special moment without getting in the way or dictating anything. At every single step she remained calm and simply guided us gently through everything, making sure that she could take the best possible photos.

Her assistant Alex accompanied the groom and best man and she looked completely comfortable at every point, even when they were getting changed into their fitted suits lol. Looking back on the photos from that morning, we have so many memories to take with us from the father of the bride seeing his daughter in her wedding dress for the first time, to our beloved dog Bodie trying on his first ever dickie bow. They even managed to capture all the little things, something that many photographers don’t think of so we were hugely thankful for that.

During the ceremony Mrs.Redhead took many shots from a variety of vantage points without been noticed by anyone, something that only superhero’s manage to do but I guess this is what makes her a brilliant photographer. Throughout the day no stone was left unturned as Mrs.Redhead managed to get photos of everyone from the wedding party, to most, if not all of our guests. Mrs.Redhead and her assistant Alex also stayed on late into the evening to include our first dance and some wonderful sparkle shots (one of our favourite photos).

So whether you are a superhero getting married or just your average couple looking to capture your special day through a lens, I highly recommend booking Mrs.Redhead Photography, you won’t be let down. And if reds not your colour then I guess you will be the ones to lose out!!

We had been living together for around two years and I was very keen to pop the question. I had been planning it for some time, but circumstances kept getting in the way, mainly the unpredictable Irish weather. For example we were staying in a Glamping park in Mayo and I had planned to propose after we hiked Keel hill overlooking to beautiful Keel Beach in Achill Island.  But as luck would have it, when we got there, a damp fog covered the hill and we literally couldn’t see each other never mind the ring he had brought with me.

I was disappointed but it didn’t deter me.

So on March 25th we both went out to Loop Head, which as some may know, is the furthest point on the Clare Coastline and we went for a walk to the Bridges of Ross.  For those who aren’t familiar with the area, there are plenty of rocks and crevices so I decided to wedge the ring box down a crevice to surprise Triona.  I got Triona to the exact spot while beginning to explain how rock is formed which infuriated Triona as I never studied rock formation. Given the fact that she came from Clare and living in Liscannor, she has a pretty good idea how things work on the coastline!  Anyway it was all part of the plan. While going on about rocks, I pointed down to where I had hid the box and Triona was like.. “what’s that”.  Next thing, I’m on one knee and safely managed to retrieve the box ( I could think of a hundred things that could have gone wrong) and asked Triona “if she would marry me”.

She said yes and we’ve been together ever since. 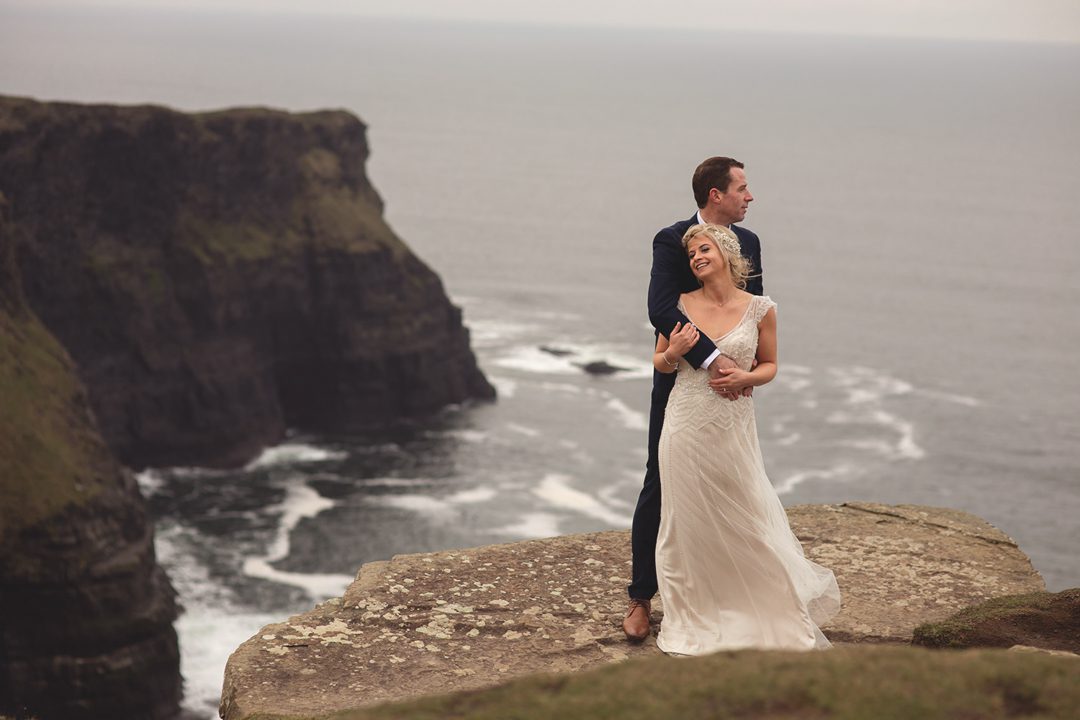 When I was celebrating my birthday back in May 2013 with my friend Mick, I never thought I would be lucky enough to meet my future wife, but that’s exactly what happened. When I was introduced to Triona by Mick, I was captivated from the first moment.  Triona, (who we all know is so generous and caring,) heard it was my birthday, offered to buy me a birthday drink, but I (ever the gentleman) politely refused instead offering to buy her one.  And so it was; we ended up chatting and laughing for the whole night.  We got on so well that I knew he had to meet Triona again so before the night ended I had already secured a second date the following week.

May 2013 was the start of one of the hottest summers most of us will ever remember, referred to by some as the Indian Summer. I just moved to Lahinch and Triona was living in Liscannor so we spent some amazing times together.  Triona would drive home from work and we would have a picnic of cheese, crackers and wine, and would spend hours down at the beach together eating, drinking wine, listening to Ben Harper, Gomez and other great bands, all the while laughing at all the revellers coming out of the nightclubs and going for late night swims.  And no, Triona didn’t have any late night swims.  She has a fear of jellyfish, crabs and any type of sea creatures that could appear to frighten the life out of her. We had an unreal summer and it was nearly too good to be true. One evening the crackers went to Triona’s head and she put a very temporary end to the fun. This blip lasted around 12 hours before she decided that what they had was the real deal, and so the story goes… 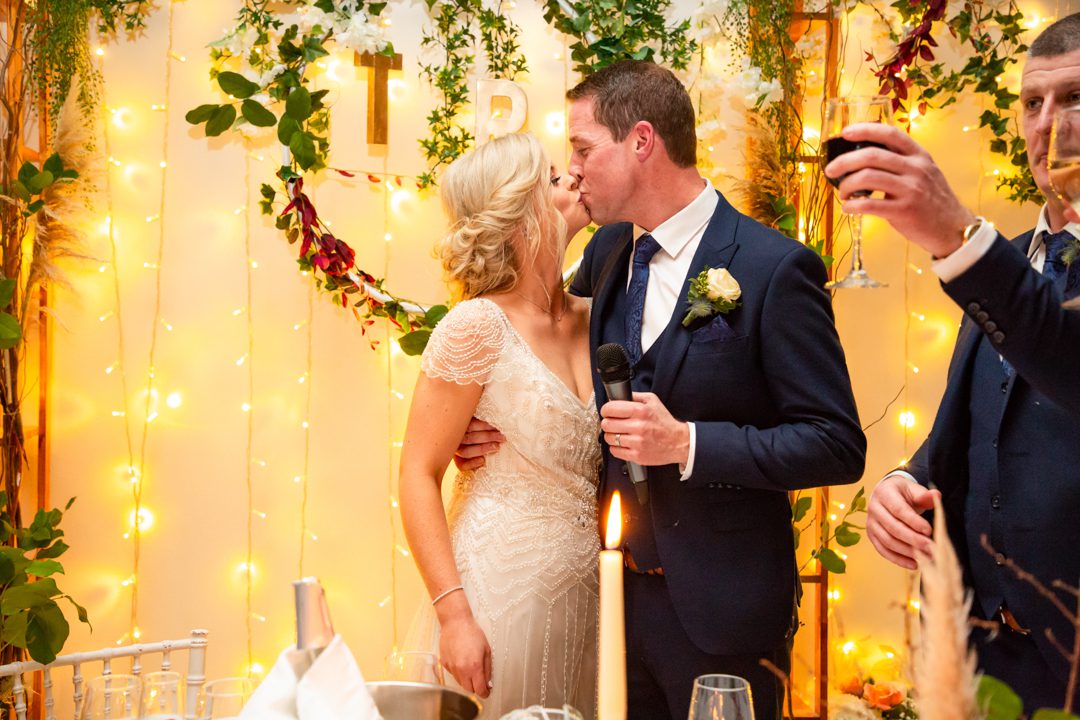 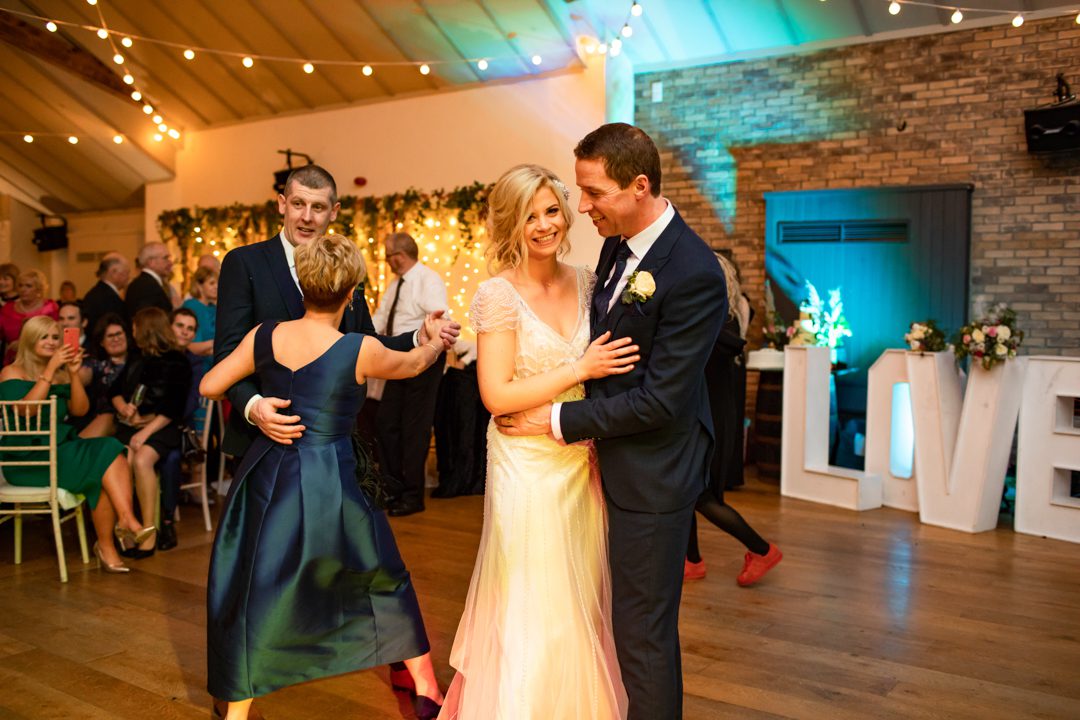 What advice would you give to other couples planning their day?

Don’t stress about the small things and pray the weather is on your side, especially in Ireland where four seasons can occur in a day, we were lucky though.

Where did you go/are you planning on going on honeymoon?

We decided to just have a ‘mini-moon’ right after the wedding due to our workload in January.  We spent 2 nights in lovely Inchydoney in Cork and 3 nights in the beautiful city of Lisbon in Portugal. Had the best of both worlds and some good weather too. We just returned from the official 2 week honeymoon Mauritius in April/May and the place is spectacular.

Dream marriage in Ireland – a wedding ceremony on the Cliffs of Moher! – A&J